The primary election was a huge victory for our people as we received tremendous bipartisan support. We finished with 53.8% of the vote in a 3 person race. Our campaign had 1554 votes and our establishment republican opponent Mr. Sizemore only had 28.6% or 827 votes. We beat him by 727 votes. That’s huge! It was the largest primary victory in our county in decades. We won 9 out of 10 precincts by large numbers. The only precinct we lost was the tiny far eastern family precinct of Alderdale with their 36 total votes. Alderdale is also home to one of my opponents rich special intrest campaign contributors.

Yeah see a small group of republican "Good Old Boys" run the show, and call the shots in district 3.  They pick who runs for office and who wins. Under their control district 3 has become a community of poverty and despair. It’s wrong, and our people need help.

Now the economic disparity they are causing may serve some of these "Good Old Boys" well finically, but the people of District 3 have had enough. Our people are tired of the fear, pressure, and intimidation that this group uses to get their way. Our voters are now dealing with this group using voter intimidation, and voter suppression to try and steal this election for their candidate. Our people fear being fired, kicked out of their homes or their business ruined if they publicly support our campaign in any way.  These “Good Old Boy” tactics to maintain control are disgusting!

But our people’s voices will be heard. If you look at the primary election results, you will hear them shouting from the rooftops for your help.

A vote for Dan Christopher in district 3, is a vote that helps “ALL” of our people both democrat and republican!

I will not serve the "Good Old Boys", the corperations, or the special intrests. Trust me, that scares the heck out of them. That's why they are trying to slander my good name along with trying to buy their votes in District 1 and 2. I will always fight for our people!

You can find a side by side comparison of my Republican opponent and myself on county issues at www.vote 411.org 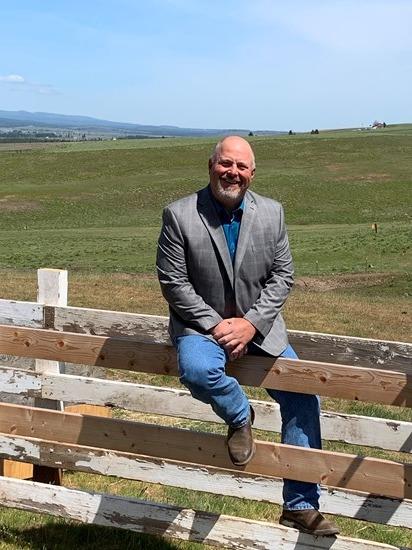 “The residents of Klickitat County District 3 deserve a strong leader that will fight for them and not against them. Because being a leader is not about being in charge, its about taking care of the people in your charge." – Dan Christopher

Why Dan is your best choice for District 3

Dan Christopher is the most highly-qualified candidate for the Klickitat County Commissioner District 3 position.  His professional career as a business owner has prepared him to evaluate complex issues, make sound and equitable decisions, balance budgets, and to be held accountable for the results of those decisions.  Most importantly, he will work for you, not against you.

Before you look too far at my policies and beliefs on this website, I want you to ask yourself a few questions about our current county commissioner for District 3.

Good, because from the many people I have talked to in District 3 over the last year, you are not alone. Almost all of them are ready for change.  So look around this web site, and feel free to email me with any questions you may have.  I will always be available to our people.

“There are many remarkable people that have worked hard to get our county to where it is, and I appreciate all of their time, efforts and hard work.  But now, we have to think about the steps required to take our entire county to the next level, to actually improve the lives of the residents in our local communities. .” – Dan Christopher

“As a professional businessman, husband, and father, I am blessed and forever grateful for my understanding and conviction that we do NOT have to sacrifice our values because inevitable changes are upon us.”  – Dan Christopher

“I offer a visionary yet conservative outlook for our county. My steadfast priority will be to foster the rural values and quality of life that we so highly treasure here in Klickitat County.” – Dan Christopher

“Equally important, I have learned the value of asking, listening and learning from others before making complex decisions.  It’s the only approach that will enable our citizens to participate in their government.”– Dan Christopher

Dan is not a career politician.  He is a problem solver that will bring a unique, forward-thinking, and inclusive perspective to the Klickitat County Board of Commissioners.

Paid for by the Committee to Elect Dan Christopher
Powered by CampaignPartner.com - Political Websites
Close Menu